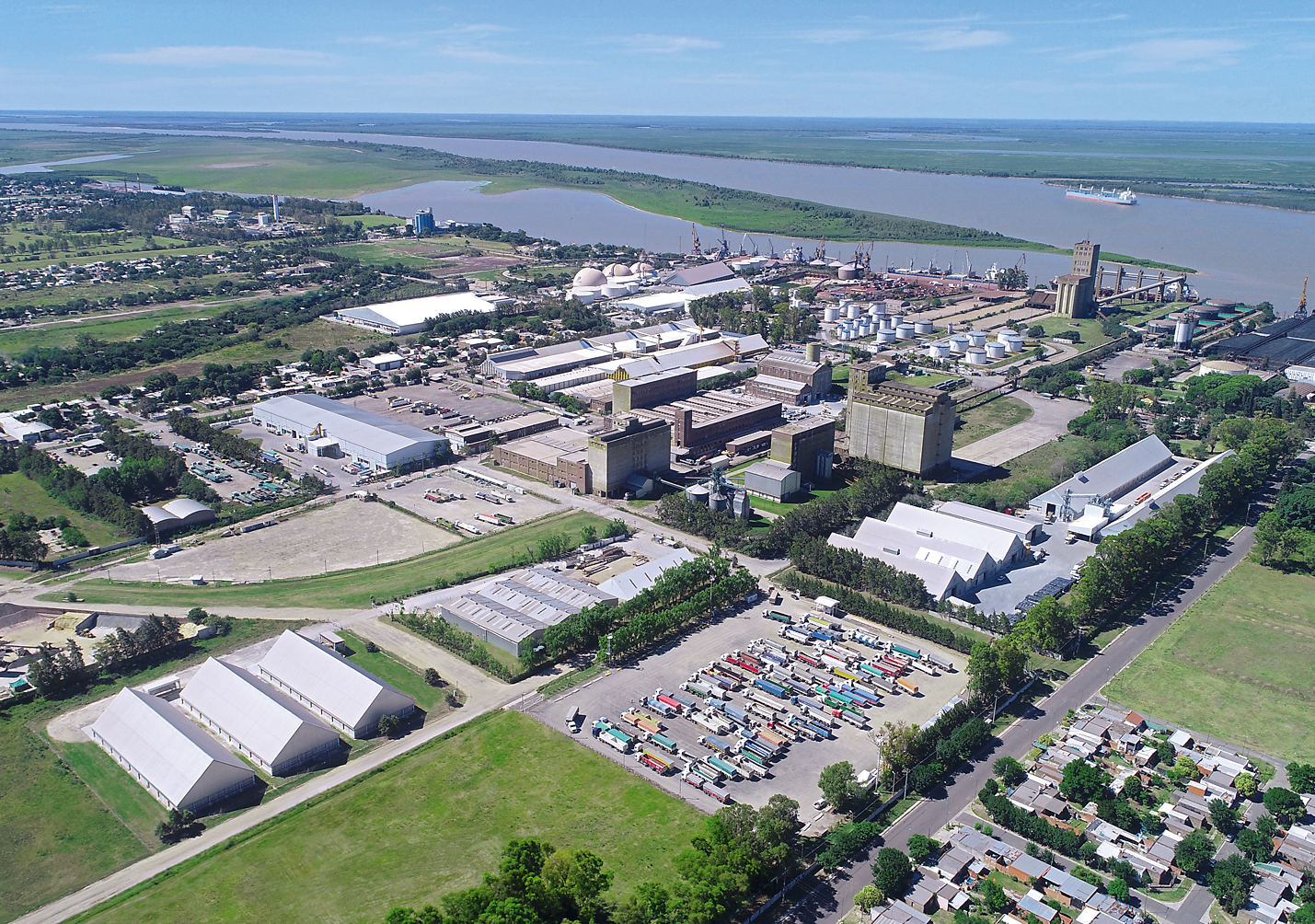 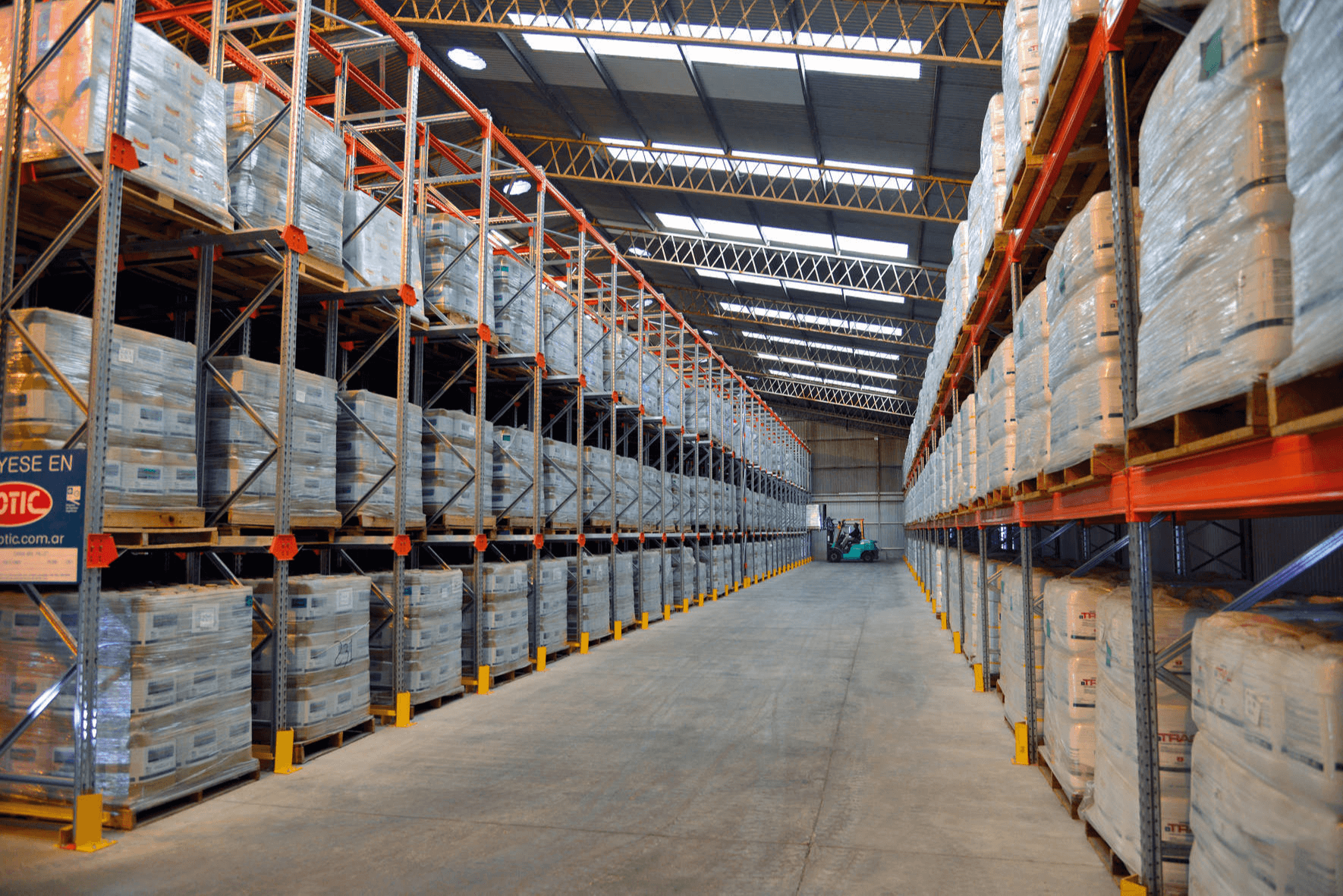 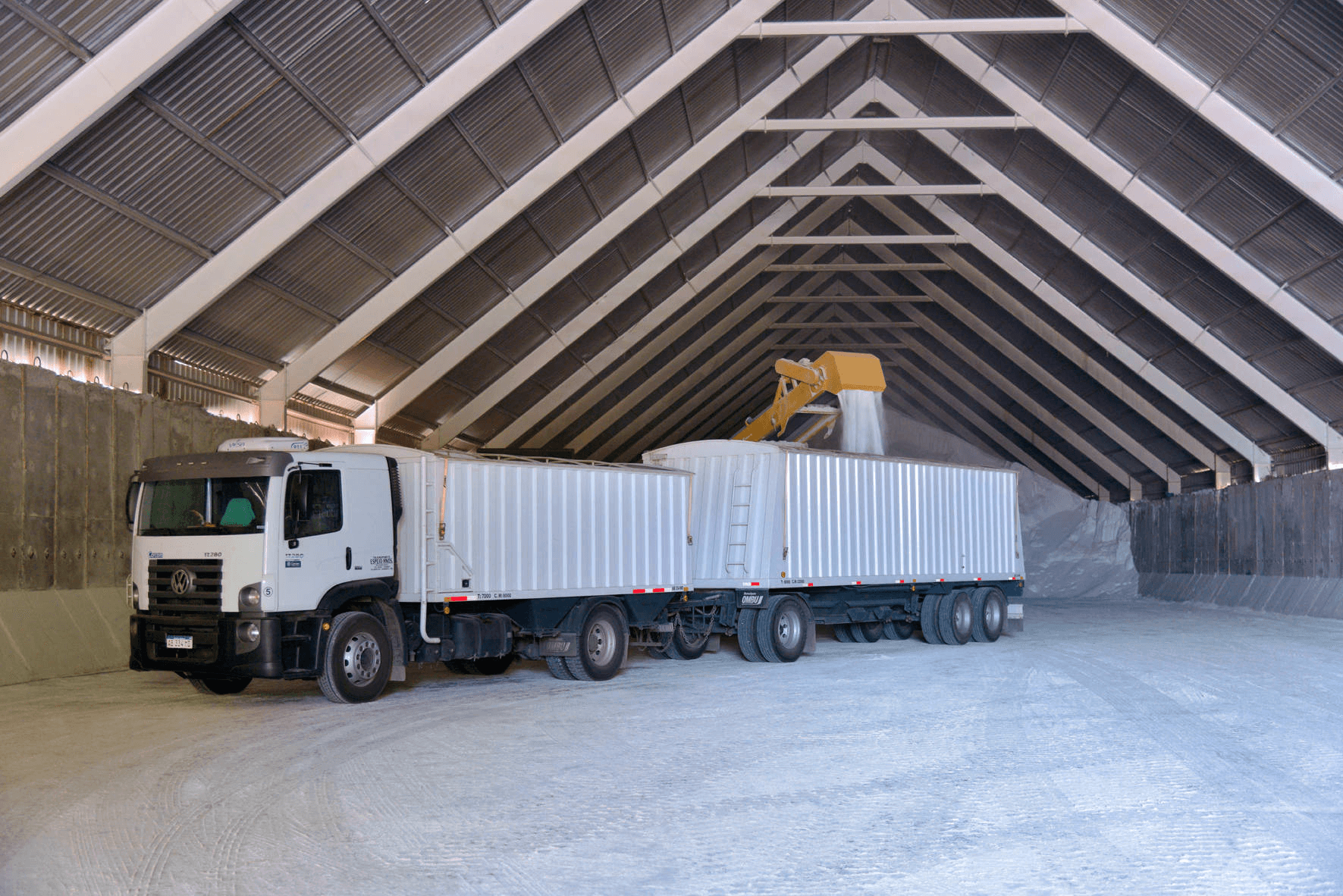 Besides, it offers packages that include stowage, good storage, fractionation of bulk products and road or rail transport from its origin - in case of exportation - or to destination - in case of importation.

MoviPort S.A. has achieved a greater participation as regional provider in the market of fertilizer services with a continuous investment policy that suits customer needs. Nowadays, it has operational terminals in the town of Alvear (Santa Fe province, Argentina,) in the Uruguayan city of Juanicó (Canelones department) and in Villeta, port and industrial city of Paraguay.

Consolidated in the area of fertilizers operations, MoviPort S.A. has a 35-year trajectory and it’s still growing to satisfy the changing needs of the market, achieve the highest quality standards at required services and reinforce its commitment as a sustainable organization.

MoviPort S.A. was born out of a merger between two construction companies in San Nicolás, Buenos Aires province, in 1983. At that time, a deep industrial crisis made both companies decide to take their equipment and offer their services in the local port.

MoviPort S.A. has consolidated as a company that has supported port activity growth in San Nicolás and market demands with the continuous incorporation of equipment, improvements in its infrastructure and employee’s training.

In 2014, services were expanded as it began to operate 2,500 agrochemical pallets positions in racks. A warehouse was especially built for this purpose and for setting up metal shelving.

Since 2021, MoviPort S.A. has begun to offer its customers a new operational facility located northern, in the town of Alvear (Santa Fe province) Km 7, road A012, with 15,000 tons storage capacity.

As MoviPort S.A. has continually been growing, one of its goals was to have a greater regional participation in the market of fertilizers services.

In 2012, a thorough analysis was conducted in order to take the company to Uruguay as well as Paraguay.

In 2017, operations began in Uruguay, in Juanicó (Canelones department) with a 35,000 tons storage capacity warehouse that receives its goods through Montevideo port. Operations also began in Nueva Palmira port so as to offer a complete portfolio of services.

In October 2021, together with Paraguayan company Puerto Seguro Fluvial S.A., MoviPort S.A. began its activity in Paraguay. It takes place in port and industrial city of Villeta, located by the Paraguay river and in its first stage offers a 35,000 tons static capacity.

MoviPort S.A., a company that provides services of reception, storage, warehousing, blending, fractionation, dispatch and transport of general loads assumes its commitment to meet the applicable requirements in all its operations and services.

This policy is applied to satisfy customer needs in a context of honesty, safety, professionalism and respect for the environment.

MoviPort S.A. will provide the necessary material resources and training to improve quality management system continuously by getting involve all interested parties of the organization in order to optimize quality and efficiency of its services and improve profitability. 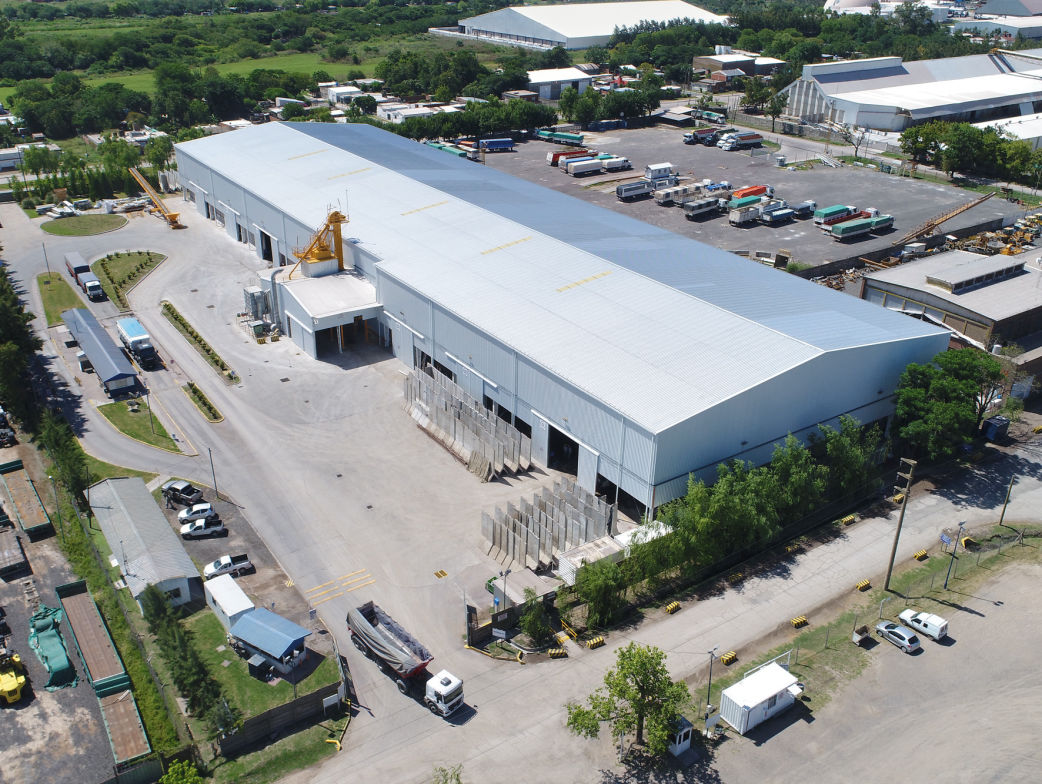 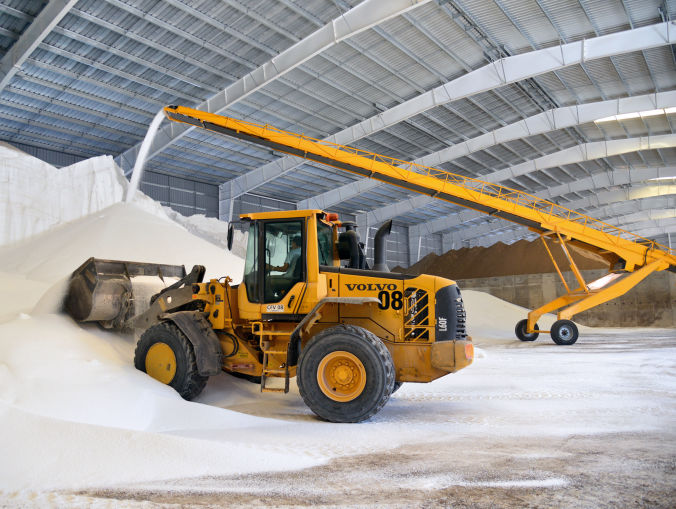 MoviPort S.A. offers services to fertilizer import companies under quality system management ISO 9001 certified by Bureau Veritas. It meets the needs of different crops and regions in the country by working with different types of dry bulk grains. The company has 200,000 tons storage capacity for fertilizers and approximately 10,000 tons per day dispatch capacity for break bulk or dry bulk grains.

It offers blending and packaging up to 5 products with net weight electronic equipment into open-mouth bags as well as valve bags. Customers can follow all the procedure online through our software system. 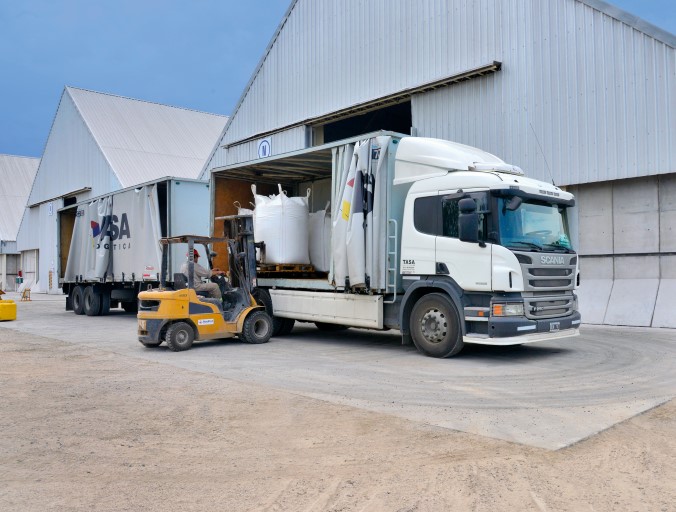 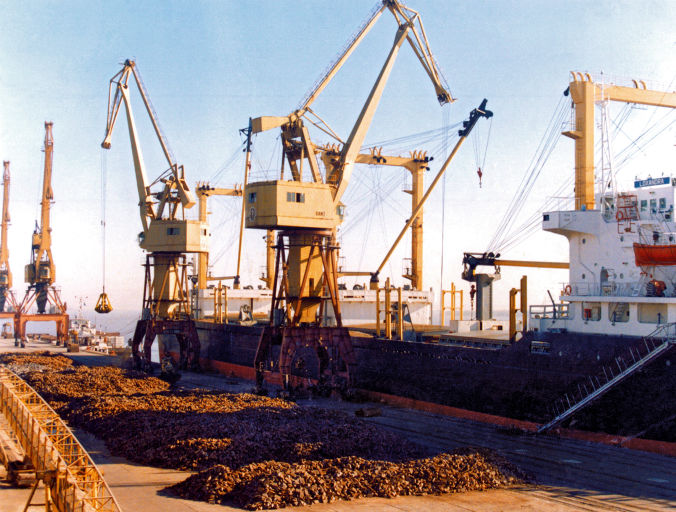 Besides, it offers packages that include stowage (loading and discharging ships,) good storage, fractionation of grain products and road or rail transport from its origin, in case of exportation, or to destination, in case of importation.

In this way, customers get a complete service that we define as ‘door-customer to ship’ or vice versa ‘ship to door-customer’ with industrial processes such as fractionation, classification, sifting, cleaning, etc. together with in-land transport. 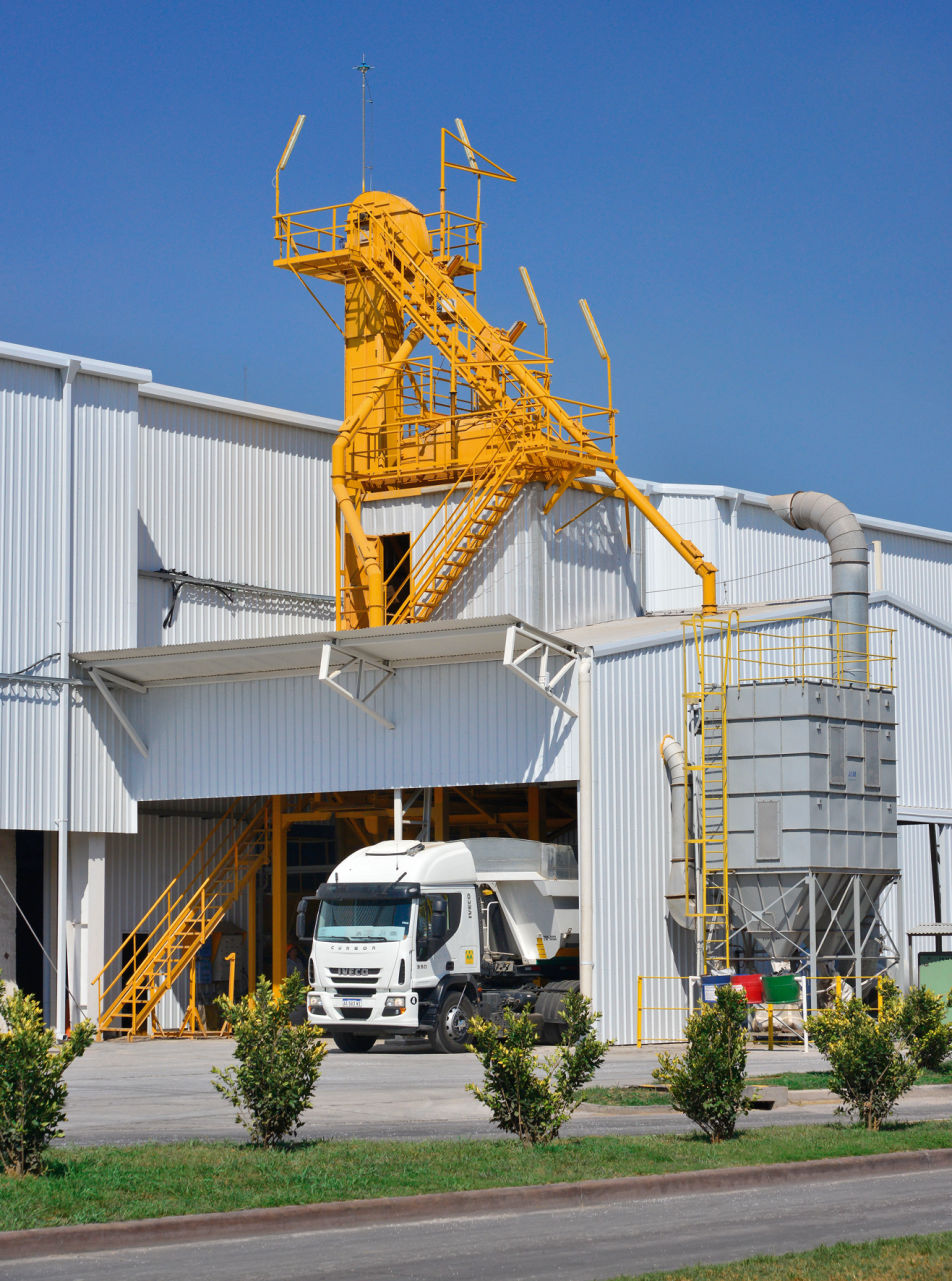 It offers 23 warehouses from 1,000 m2 to 10,000 m2 with 200,000 tons storage capacity for all types of goods. Besides, it offers a 10-hectares site for exterior storage of general goods, parking lot for 200 trucks, truck scales and its own rail branch that enters warehouses and storage sites. 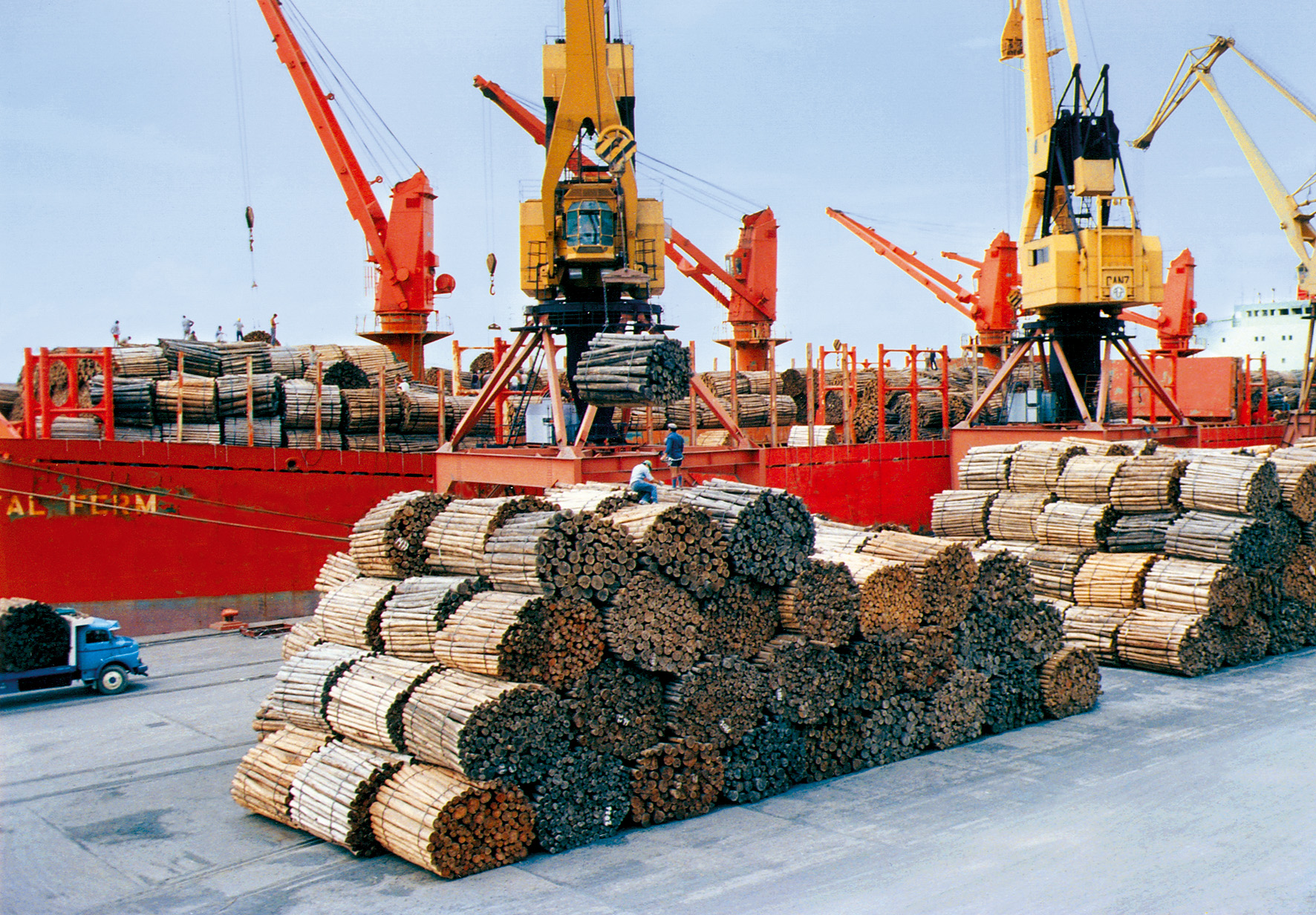 San Nicolás ports are located downstream by the right side of Paraná river at kilometre 343,152 miles from Buenos Aires port and 34 miles from Rosario port.

Kilometre 0 of national route 188 starts at this port and it connects San Nicolas to the city of San Rafael in Mendoza province. Besides, San Nicolás is one of the extremes of the bi-oceanic corridor that reaches Chilean city of Talca through the border crossing Pehuenche.

With privileged location in the river route Paraná-Paraguay, it performs transfer to third countries for upstream or downstream traffic or reception of general grain loads or break bulk.

• Ingeniero Buitrago is a private port for exclusive use of Siderar S.A.
• CTSN port is property of San Nicolas power plant owned by group AES América. Mooring area is 250 m front and has 2 Demag cranes with 16 tons capacity and one Derricks-type crane with 150 tons capacity.
• There are 2 docks in San Nicolás port (CGPSN.) One covers 220 m of mooring area and the other one, for general loads, covers 537 m of mooring area.

Presence in the Paraná-Paraguay waterway

Paraná-Paraguay waterway is the most developed corridor with major economic importance for all Rio de la Plata basin that allows continuous navigation among ports of Argentina, Brazil, Bolivia, Paraguay and Uruguay.

As to increase regional participation in fertilizer services market, MoviPort S.A. operates in Uruguay as well in Paraguay.

Since 2017, there is a cell in the Uruguayan city of Juanicó and it also operates in Nueva Palmira port. In 2021, a new terminal began operating in the Paraguayan city of Villeta.

All its terminals are located in strategical areas of the waterway and offer a complete package of services that includes, besides warehousing, transfer and river freight of loads. 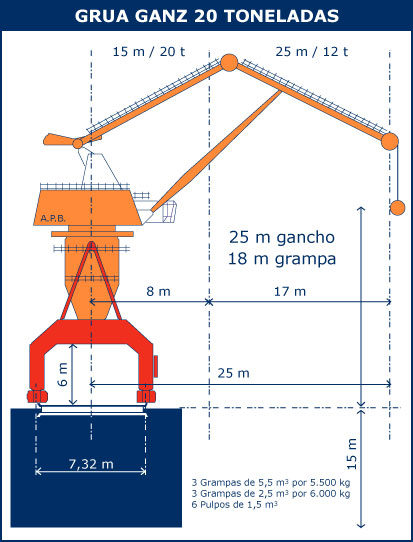 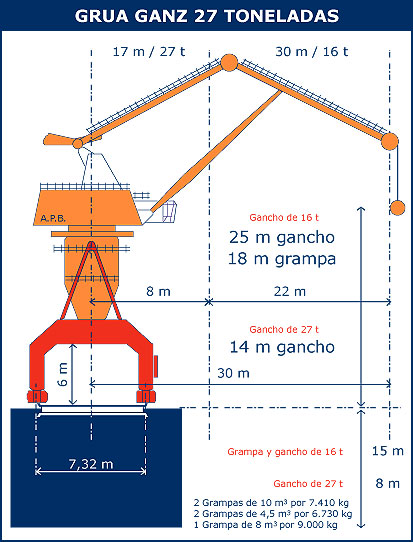